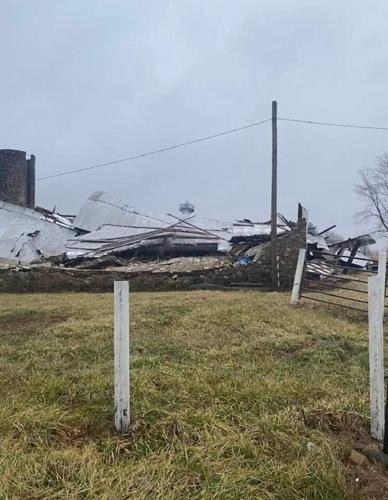 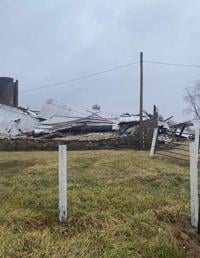 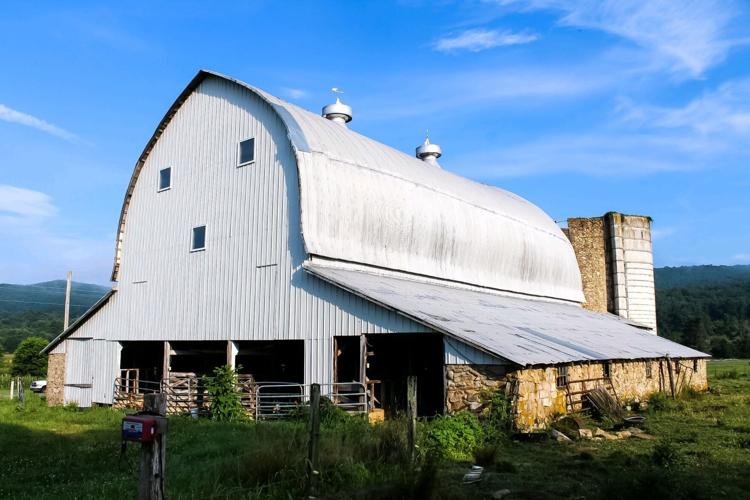 What stood as a landmark for the past eight decades came crashing down in just minutes during an unfortunate wind event, bringing an end to CC Blevins Dairy Barn in Shady Valley.

According to the current owner of the large dairy barn located off Highway 421 in Shady Valley, Gerald Buckles, “the dairy barn was built in the mid-forties by Chester Blevins.” The CC Blevins Dairy Barn's original owner also owned the Shady Valley Tractor Company located across the street from the barn, which he bought in 1963. “They used to trade old Ford Tractors there,” Buckles said, adding that he has used the barn for “cattle, tobacco, equipment storage, and repair purposes. No other barn that size was built in the county in the mid-forties.”

Sadly, on the afternoon of Tuesday, January 3, 2023, high gusts of wind that came ripping through the county destroyed this unofficial landmark.

Residents of Shady Valley and motorcyclists coming to ride Highway 421, also known as “The Snake,” Buckles said, “everybody used it for a landmark for directions and things like that.”

Shady Valley is an unincorporated community in Johnson County in the northeastern corner of the U.S. state of Tennessee. It is just outside Cherokee National Forest. Shady Valley is also the name of the valley in which the town is located, between Holston Mountain "it is known as the twin city of Mountain City, Tennessee, on the northwest, and the Iron Mountains to the southeast. At 2,785 feet, it is the second-highest community in Tennessee.

While there isn’t an official plaque at the dairy barn location, the approximate 50x50 barn boasted rockwork along the sides and corners, which were once laid by brick masons Frank Landor and Miller Bishop, according to Buckles. The original barn had a cement floor poured, and Buckles says the rockwork along the four corners of the barn is still holding strong. The rock silo, along with the two other smaller buildings located on the property, is still standing.

While Buckles is undecided about the future use of the property, he fondly remembers the craftsmanship that was once the unofficial landmark known as the Shady Valley Dairy Barn.

--- Attachments: Photo supplied by: Owner, Gerald Buckles Photo of the Dairy barn before and after